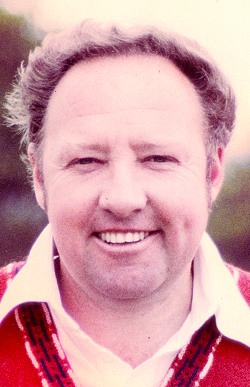 Teacher, professional, coach, course designer, competitor. You name it and Art Proctor has done it and done it well in his 82 years.

It was 50 years ago in 1971 that the Topeka, Kan. native was chosen to be the first head professional at the new Kickingbird Golf Course in Edmond. He took the job to heart. Soon Kickingbird was slammed from dawn to dusk, with over 66,000 rounds per year. Proctor had started a junior program that has led to dozens of state champions, collegiate and professional stars.

“In my opinion, Art Proctor set the stage for the greatest junior golf dynasty in the history of Oklahoma, said Mike McGraw, former Oklahoma State and current Baylor coach who was an assistant to Proctor while in college and became his junior golf director in 1982. “He gave so many young men jobs at Kickingbird and those jobs led to opportunity. That opportunity led to championships.”

He is credited for helping save the Oklahoma Open when he brought the tournament to Kickingbird in 1979 and helped persuade Oklahoma’s top pros to play in the event. The winners at Kickingbird were Danny Ed- wards (1979), Jaime Gonzalez (1980), Dr. Gil Morgan (1981), Doug Tewell (1982), Tom Jones (1983), Kenny Huff (1984) and Bob Tway (1985). The tournament then moved to Oak Tree CC with the backing of the Daily Oklahoman and it is still played there today.

“Art’s impact on the Oklahoma Open championship was transformative and long-lasting,” McGraw said. “He took a dying event and turned it into one of the best State Open’s in the country.”

Proctor left Kickingbird to build a 45-hole golf complex near Arcadia, but he ended up losing his shirt and his investors in the oil collapse of 1987. He then took a running the Oklahoma State Parks golf courses, and made many significant improvements, including designing nine holes at Lake Murray, nine holes at Quartz Mountain and nine holes at Cedar Creek in Broken Bow.

He has also played in 14 national club professional championships with a top finish of third place.

In 1984 at the age of 44, Proctor played a then Guinness Book of Records mark by playing 414 holes of golf in one day. He teed off at Kickingbird in Edmond at 5:46 a.m. and finished his 23rd round of golf at 8:51 p.m., averaging about two minutes per hole. The amazing thing, other than endurance, was that he shot 6-under-par for the day.