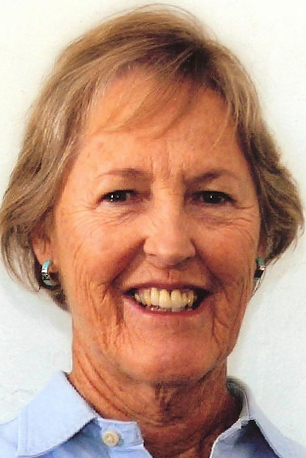 Beth Stone and her family lived across the street from the Muskogee Country Club.  Beth used to follow her parents around the golf course. She became interested in the game in 1953, at the age of 13 and soon she was a teenage powerhouse.

Beth won the state high school championship in 1955 and 1956.  She was the state Junior Champion in 1956 and 1957.  It was also in 1957, that Beth was Runner-up at the National Junior Girls’ tournament.  In 1958, Beth won her club championship and the city amateur championship for the fourth year in a row and was named Muskogee Central High School Athlete of the Year.  She would eventually be inducted into her High School’s Sports Hall of Fame.   In 1960, Beth was medalist and won the Women’s Oklahoma Golf Assoc. State Amateur Championship.

Beth promised her dad she would go to the University of Oklahoma for two years.  There was no women’s golf team, but Beth went to OU on a golf scholarship and was the first female awarded a “letter” at the University.  Beth never played in a tournament because the Big 8 Conference ruled women couldn’t play on men’s teams.

Beth became disenchanted and joined the LPGA Tour in April 1961, just before her 21st birthday. For 22 years, Beth worked diligently at her craft, but she never won.  She finished second 5 times, including twice at the U.S. Women’s Open in 1967 and 1974.  In 1978, Beth was elected to a 2-year term as President of the LPGA.