Oklahoma’s only native born U.S. Open champion, the late Orville “Sarge” Moody, will be one of five new inductees into the Oklahoma Golf Hall of Fame. The 2019 class will be inducted Nov. 24 at Southern Hills Country Club in Tulsa.

Also unique to this class is a second member of a family will be inducted for the first time. Melissa Luellen, daughter of 2006 inductee Dale McNamara, will join her mother in the hall.

The other members of the class are seven-time PGA Tour winner Bill Glasson of Stillwater; former University of Oklahoma coach and long-time PGA of America Executive Director and CEO Jim Awtrey; and the state’s first golf professional, William Nichols, an early champion of both the Oklahoma Open and the State Amateur.

“The history and legacy of golf in Oklahoma is truly amazing, and this year’s class continues to showcase the diversity of those accomplishments,” said Tom Jones, chairman of the Hall of Fame Executive Board. “Our list of inductees past and present represents every area of golf in Oklahoma. The class of 2019 ranges from the very first professional in the state of Oklahoma to a professional that worked his way to the top of the largest organization in golf. This year’s inductees all exemplify the qualities and criteria that it takes to be selected. “

Tickets and table sponsorships for the event will be available at www.oklahomagolfhof.org or by calling  918-280-0787. Donations help the Oklahoma Golf Hall of Fame offer scholarships and the Everett Dobson Award, which helps a deserving collegiate graduate begin his professional career in golf or any endeavor. 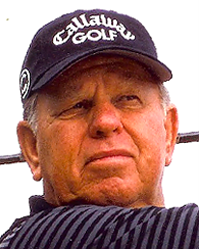 Orville Moody’s lone victory on the PGA Tour was a doozy.

Afterward, Moody said, “I won it for Lee. It took a lot of guts for him to believe I could win.”

The late Dan Jenkins of Sports Illustrated wrote of Moody’s victory: “And then Orville Moody wept, along with a lot of other Moodys, his wife, Doris, and his two children. They had been out at some Holiday Inn in Houston where the nonnames were. Orville Moody had been driving to the course, from about an hour away, which was even a better reason to weep, some thought. But the tears came from the delirious joy of it all.”

Known as “Sarge,” Moody spent 14 years in the Army. Assigned to Special Services and reaching the rank of staff sergeant, Moody oversaw Army golf courses, taught the game to Army personnel and played in tournaments around the world. He collected eight titles worldwide and won the Korean Open three straight years (1958-60) while serving.

Moody also won the 1969 World Series of Golf, which was not an official PGA Tour event at that time. Two decades after his lone official PGA Tour victory, Moody would win two more major championships on the 50-and-older PGA Senior Tour, claiming the Senior Tournament Players Championship and the U.S. Senior Open, both in 1989.

Armed with a long-shafted putter and a pendulum stroke, Moody prospered on the senior circuit with 11 victories, one of which was an 11-stroke victory at the Vintage Chrysler Invitational in 1988.

Moody was the youngest of 10 children and the son of a golf-course superintendent. He was Oklahoma state high school medalist in 1952 while at Capitol Hill and briefly attended the University of Oklahoma before joining the Army.

Jim Awtrey has been honored in just about every way imaginable for his contributions to golf. The list is lengthy and prestigious, and Awtrey admitted his selection as a 2019 Oklahoma Golf Hall of Fame inductee is particularly significant.

“This one means a lot,” Awtrey said. “It’s a place I’m from and still have a great affinity for.”

The 75-year-old Awtrey has run the golf gamut, having been a junior player, an amateur, a collegiate player and coach, a touring pro, an assistant pro, a golf course and facility manager, a rules official and tournament director before ultimately becoming one of the most impactful executives the sport has known.

Although Awtrey was born in Oakland, Calif., while his father was stationed there with the Navy during World War II, he grew up in Shawnee.

Awtrey played collegiately at the University of Oklahoma and after graduating with an accounting degree in 1966, his career in the industry began as an assistant professional for 2017 Oklahoma Golf Hall of Fame inductee Joe Walser at Lake Hefner Golf Course in Oklahoma City. Awtrey later returned to his alma mater as head coach from 1972-77 and led the Sooners to three NCAA tournament appearances while mentoring three All-Americans.

After leaving the OU program, Awtrey served a variety of roles with the PGA of America and South Central PGA Section, from treasurer and president of the section before becoming a member of the PGA Rules Committee and its Board of Directors.

In 1986, the PGA offered Awtrey the position of tournament manager. Nine months later, he was selected as Executive Director on an interim basis and soon became the first PGA professional ever to hold the title. In 1993, Awtrey was named the PGA of America’s first CEO and held the position until his retirement in November 2005.

During Awtrey’s tenure, the PGA of America enjoyed unprecedented success. Most notably, the Ryder Cup became golf’s preeminent international competition and the PGA Championship gained in stature as one of golf’s four majors.

“We developed a strategic plan early and we were able to get to all of them because we kept evolving and creating benefits out of the money raised,” Awtrey said. “The plan was executed and it was a great time to do it.”

Awtrey and his wife, Jeanne, have been married 51 years, live in Windermere, Fla., and are the parents of daughters Jena and Julie; and a son, Justin. 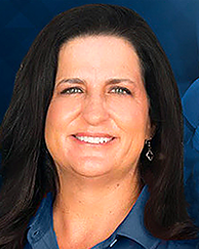 Melissa Luellen never shied away from the challenge of having a famous mother with a daunting list of playing and coaching accomplishments.

Instead, Melissa not only helped Dale McNamara to the last of her four national championships, she wound up succeeding her at the University of Tulsa. But first she exceeded her mother’s playing accomplishments with an 11-year career on the LPGA Tour, including a victory in the 1991 Stratton Mountain Classic.

She joined her mother at Tulsa in 1985 and had a stellar college career, winning four times and earning first-team All-American honors as a senior. She capped her career by winning the 1988 NCAA Championship as an individual while leading Tulsa to the team title in Albuquerque.

After graduating, Luellen competed on the Futures and Ladies European Tours in 1988 and 1989 before qualifying for the LPGA Tour in October of 1989. She spent 11 years on the LPGA Tour, winning the 1991 Stratton Mountain LPGA Classic and teamed with Mike Springer to win the 1993 JC Penney Classic.

In 2000, Luellen succeeded her mother as head women’s golf coach at TU. In her two seasons, she led her team to seven tournament titles, including back-to-back Western Athletic Conference and NCAA Central Regional championships each year. The 2001-02 season saw her team win five tournaments, including the 2002 PING/ASU Championship at Karsten Golf Course, earn a No. 3 national ranking for most of the season, and finish 12th at the 2002 NCAA Championships. Luellen was named the Western Athletic Conference Coach of the Year in each of her two seasons and was the 2002 Central Regional Coach of the Year.

Luellen’s coaching accomplishments have earned her several personal coaching honors. After the Sun Devils’ NCAA Championship run in 2009, she was named SkyCaddie NGCA National Coach of the Year. Luellen was also named Pac-10 Coach of the Year three times (2006, 2007, 2009).

Now the head coach at Auburn, the team made a return trip to the NCAA Regionals and saw their players earn three individual tournament wins.

Off the course, Luellen is involved in several charitable projects. She created G.I.V.E.H.O.P.E. (Get Involved Volunteer, Educate, Help Other People Excel) cards that she passes out at tournaments and special events where participants write an inspirational message or quote to Give Hope to others. 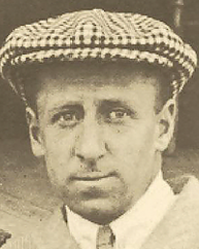 One of if not the first golf professional in the state of Oklahoma was also one of the most accomplished.

William Nichols arrived in New York on May 24, 1908, after sailing from Glasgow on the SS Caledonia. He was a pro from North Berwick and a frequent foursomes partner of Fred McLeod, the ‘08 U.S. Open champion.

Nichols made his way to Oklahoma, which had just achieved statehood in 1907, and began introducing the game. He laid out the original nine-hole course at Tulsa Country Club in ‘08 and also helped open Muskogee Country Club that same year.

Nichols remained involved with all aspects of golf, helping Perry Maxwell with the re-design of Muskogee Country Club in 1931. He and wife Margaret lived in Muskogee until his death in 1972 at the age of 89.

Bill Glasson was a bit rough around the edges when Bill Brogden convinced him to come from Fresno, Calif., to Oral Roberts University. But his combination of a relentless work ethic and a take-no-prisoners attitude soon had him outplaying his more celebrated teammates as well as the rest of the nation.

After nearly leading the Titans to the 1981 NCAA Championship, Glasson joined the PGA Tour, where he won seven times and led the PGA Tour in driving distance in 1984.

His first win came in the 1985 Kemper Open and epitomized his tenacious attitude. Trailing seven strokes behind the leader Larry Mize with 14 holes to play, Glasson made a 45-foot birdie putt on the 18th hole for a round of 66 to finish one stroke ahead of Mize and Corey Pavin. Glasson won a second Kemper Open in 1992. His best finish in a major is a tie for 4th place at the 1995 U.S. Open. Glasson has over 60 top-10 PGA Tour finishes and has earned more than $6.7 million in career earnings. He was featured in the top 50 of the Official World Golf Ranking. His most recent win on the Tour was in 1997 at the Las Vegas Invitational.

Glasson could have accomplished much more, but the body that looked like Tarzan often felt like he had fallen out of a tree. Glasson has undergone more than 20 surgeries and is still battling health issues today while competing on the Champions Tour.

“Bill is the toughest, most competitive guy I’ve ever been around,” Brogden said. “He came to ORU with the least and just willed himself to become a good player. He would play Joey Rassett every day and lose, but he came back the next day determined to beat him.”