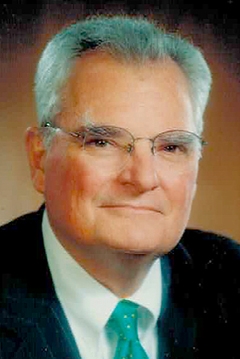 W.K. “Bill” Warren Jr. remembers teaming with his father to win the member-member tournament one year at Southern Hills CC, the only father-son team ever to do so. Even in that casual setting, his father’s legendary drive and determination were on display, the same traits that allowed him to practically will Southern Hills into existence.

Warren Sr. never took a golf lesson and punched the ball both on his long shots and with his putting stroke. Get him on the green, however, and it was lights out for his foes.

“He could sink putts from all over,” Bill Warren said. “I was always amazed at his super confidence. On the green, you couldn’t beat him.”

That same confidence is what allowed him in the midst of the Great Depression to walk into the office of oilman Waite Phillips in Chicago and ask him to not only donate the 300 acres he owned in south Tulsa, but put up the money for construction of a country club with an Olympic-size swimming pool, riding stables, skeet range, tennis courts and a polo field.

Phillips scoffed. He did agree, however, that if Warren could find 150 individuals to put up $1,000 each to build the club, he would donate the land. And he had 18 days to do it. It seemed an impossible task, as even the well-off oilman Warren and his friends could scarcely afford an extra $1,000 at the time. Yet on Jan. 14, 1935, Warren presented Phillips with a list of 140 men who would put up $1,000 each. He was 10 men short of the stipulation, but Phillips was convinced the project had merit. Over the next few years, Southern Hills was built, with the now famous 18-hole layout by Perry Maxwell. 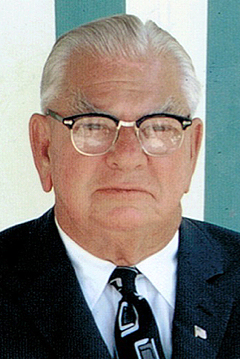 Warren Sr. came from humble beginnings in Tennessee as a newspaper carrier who built his own oil, gas and transportation company, the Warren Petroleum Corporation, which Gulf Oil purchased in 1953 for $420 million. He established the W.K. Warren Foundation in 1954 and St. Francis Hospital was built by the foundation in 1959, and is still expanding today.

Warren Jr., Chairman Emeritus of The William K. Warren Foundation and Chairman and Chief Executive Officer of Warren American Oil Company, has lived up to his father’s legacy. His contributions to the game include pushing through what was then a contentious proposal among the membership to build an additional nine holes at Southern Hills, hiring Ben Crenshaw and Bill Coore to design the nine and helping in the process to launch their careers as the most sought after design duo today. He played a crucial role behind the scenes in Southern Hills’ landing of both the 1994 PGA Championship and the 2001 U.S. Open.

At his alma mater Notre Dame, Warren hired Coore and Crenshaw again and funded the construction of the Warren Golf Course, now known as one of the best public facilities in the Midwest.

“Dad was a visionary,” Warren Jr. said. “He was the instrumental person in getting Waite Phillips to donate that land. And just like when he built Saint Francis, people thought 61st and Yale was way out in the country and no one would ever go there.

“He was a driver and he was the boss. It was difficult as a son sometimes because of the pressure and stress he put on you. But I couldn’t have had a better teacher, when it came to religion, golf, character, business and thinking outside the box.”

Warren said he was “surprised, thrilled and deeply honored” to be included in the Oklahoma Golf Hall of Fame.